Recently I’ve had the enormous joy of spending time with people I love, connecting and/or reconnecting.

I’ve logged hours of oral histories in the process. In some ways it comes naturally to me as a journalist, but in others it feels very foreign to do so with people so intimate to me, so I’m always looking for ways to improve or adapt my process. It’s never perfect. No two interviews go exactly the same way. I suppose the only common way to go is forward.

As I tell people what I’m up to a common response is, “I’ve always wanted to do that but wouldn’t know where to begin!”

If you find yourself saying this, here are some useful guidelines… END_OF_DOCUMENT_TOKEN_TO_BE_REPLACED

Most of the books I intend to use for research are borrowed from libraries in either print or digital form, but bibliophile that I am I’ve acquired a few. I walked away with five new (old) books for a whopping $1.25. I love bookstores that aren’t overly fussy where you can rummage thrift-store style until you find exactly what you need (but didn’t know it).

Our dear friend Martha told us about the one pictured above. It’s one of three supported by volunteers for Maui Friends of the Library. It’s a place for both private individuals and public libraries to donate used books that are then sold to support local library programs.

“Not only does this keep books out of the landfill, but it provides a place where everyone on Maui can buy books for pocket change,” their website says. With prices generally ranging from free to $2, it’s true!

There might be such a program in your home community, too. Shout out to Poudre River Friends of the Library. I have been enjoying its library’s lovely sunlit desks as I chip away on my reading.

Last week I met a woman who traveled from Thailand to Canada and the U.S. where she pursued her education 25 years ago. She had no intention to stay, but did. It was overseas that she ended up connecting with her Chinese roots.

Now a cultural director at the Wo Hing Museum in Maui’s historic town of Lahaina, Busaba Yip Douglas offered this: “I don’t need Ancestry.com. If we have a good relationship with your ancestors, we don’t have to search for them. They will come to us at the right time, and with the right people.”

Hey, this is groovy! The Freedom of Information Act has been reformed to make it easier for the public to access the government and its records.

FOIA states that generally “any person has a right…to access federal agency records.” Reform improvements include offering a one-stop shop-type portal where users can issue FOIA requests to all agencies, as well as encouraging agencies to be more open to disclosure, according to a press release.

Find out more about what the reform entails this  summary on the blog from the Society of Professional Journalists (of which I’m a member).

From SPJ: “The Society of Professional Journalists is the nation’s most broad-based journalism organization, dedicated to encouraging the free practice of journalism and stimulating high standards of ethical behavior.” 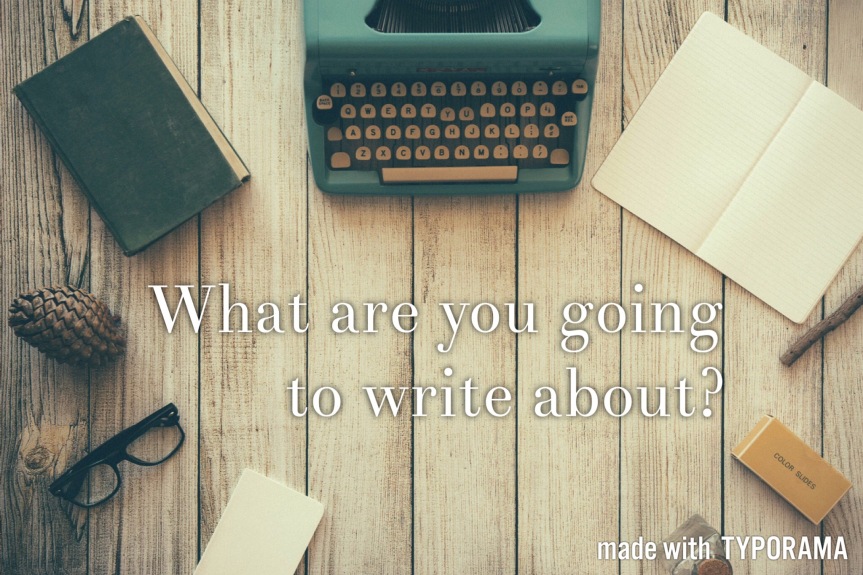 This is is the million dollar question, the one I get asked most frequently: “What are you going to write about?”

My usual response is that I have a general idea of what the story might be about, but  rarely know in full until it’s finished and published. It’s the people I encounter and research I do that transform the story and give it its final form.

I’m constantly on the lookout for “nuggets,” these little sound bytes, inconsistencies, or funny details that either throw my initial hunch for a loop or make me go, “Huh! This is way more interesting than what I originally had in mind.”

Nuggets point to something richer than what I’ve initially scratched up on the surface, show me places to dig deeper that will lead to the truest, most interesting story.

Sometimes these nuggets add a layer of texture to the story that’s already been mined. At other times they alter the story to be completely different from the one I set out to tell.

Glynn Washington, the storyteller behind radio show Snap Judgment, articulates this beautifully. Interviewed by journalist Daniel Alarcón in the Winter 2015 issue of California magazine, Washington had this to say about circling back on interviews to revisit stories:

“When we start an interview, we have an idea of where the interview is going to go. There’s a reason we’re talking to this person. We think we might know something of the story, and we’re looking for that person to tell it to us,” Washington said. “But then there’s the surprise, where he or she just took us somewhere the interviewer was not expecting…And we’re trying to tell stories that are really true to the person’s experience…And sometimes this great storyline we had thought out, that’s just not gonna work. That’s just not what happened. But maybe something else will.”
– Sara Hayden

Freckle-faced and mixed race. Born in Wyoming, living in San Francisco. I tie proverbial silk knots and weave real stories. Got a story to share? Let’s have tea and talk!